From the Office of Principal
Dear Parents, Grandparents, and Friends of SWS,

Saturday night was the CSCOE Bash. It was a very large gala style fundraiser for our 79 Catholic Schools. The Catholic School Center of Excellence (CSCOE) is the non-profit organization that has given 100’s of thousands of dollars to all Catholic schools including SWS.

We have had our building rewired for internet, 1:1 laptops purchases, training for staff for NWEA testing, development and marketing grant dollars, STEM convention attendance, many other workshops for school staff, Mass of the Holy Spirit, software for administration of donors and alumni, Big Bang STEM Fair, 4HG basketball camp, preschool tuition grants and preschool program development support. Recently we have received funding to put a fence around our playground from CSCOE. Next fall, we will attend a huge conference for school staff at the Minneapolis convention center. Our staff has also served on committees and helped in functions that make all Catholic schools better through the CSCOE organization.

The event on Saturday had almost 700 people in attendance. A small group of our staff attended. We marveled at the large crowd of very generous donors and Catholic school supporters.  Although we might appear small in the New Prague community we are actually part of a very large group. The 79 schools are home to 21,000 students in the Catholic school buildings like ours serving students in preschool through grade 8.

We are very thankful for CSCOE. If you would like more information on CSCOE or would like to join the forces of supporters from other school communities who are striving to help each Catholic school thrive, then let me know and I will connect you. You will see how dedicated the organization is because they so strongly believe in what Catholic Schools can do for our children.

Grades K-8 will hold our annual field day on Tuesday at 9:00 AM. Students will be in their family groups and they will compete for points against other family groups. Each family group has an 8th grade leader and students from every other grade level K-7. Parents are welcome to join on the playground.

Students can dress in crazy athletic clothing on this day. Crazy colors, bandanas, shorts, sweat pants, joggers, jeans, etc. Please have the girls wear leggings under their shorts if the shorts are too small. Athletic leggings will be fine to wear on this day with long t-shirts. Each student should bring a water bottle.

Sign up as a group or sign up alone. All levels of golfers are invited from 1st timers to PGA professionals!

The tournament takes place on Friday, June 14 with a noon start. Registration begins at 10:30 am. This event is known for great fun for all involved.

POT-O-GOLD
Want to win $20,000 in cash?
This year we will be doing this fun raffle called the
POT-O-GOLD.
There will be 600 tickets sold for $100 each.
The winning raffle ticket will be drawn at the school golf tournament on June 14.
If you want to buy a ticket or if you want to sell a few tickets to friends, contact the school office. Several smaller cash prizes are included in this raffle.

The Schulze Early Learning Scholarship is open to students entering the 4/5-year-old preK class next fall  – one year away from entering kindergarten.

If you are considering sending your child to SWS for kindergarten you now qualify for this grant up to $3000!

You must be Middle income to apply! Low income people should apply for Financial Aid with TADS. High income people might not qualify.

All parents are invited to join us at Memorial Park from 12:00 noon – 2:00 PM on the last day of school for “hanging out and playing around” on the last day.

Students can get a bag lunch from the kitchen or bring a picnic lunch from home.

NO Uniforms beginning on Thursday, May 23
(last 5 days of school

Please wash and sort your uniforms during the last week. Bring any used uniforms that you would like to donate to school. We will put these in our used uniform cabinets and they will be ready for fall. 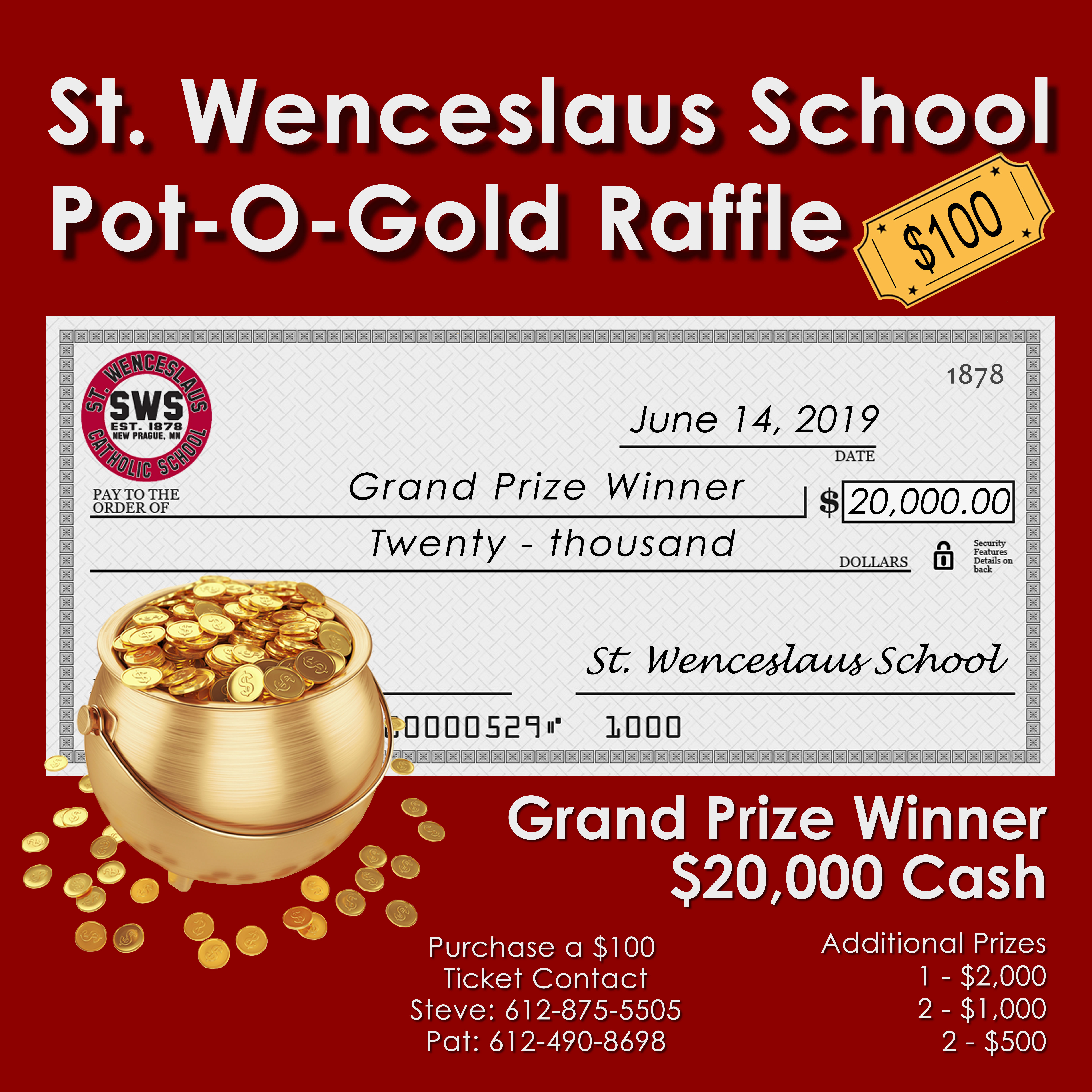