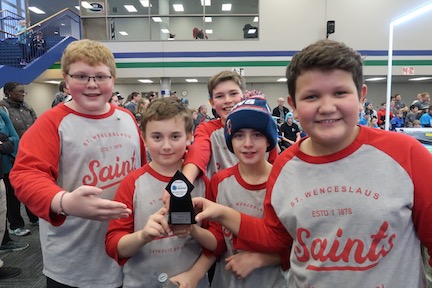 SWS First Lego League team – St. Wenc Workers, traveled to Eagan for their Regional Tournament. This competition is judged on 4 components: Robot Performance, Robot Design, Innovation Project, & Core Values. The team has been working since the start of the school year on game mission strategies, designing and building a robot using motors and lego bricks, and using software to code the robot to perform missions. They also spent time identifying a problem in our area and proposing a solution.

At the tournament, the team’s best score in the robot performance was 215 points, the 3rd highest score of all 24 participating teams. More importantly, they received the Core Values Award. This is presented to the team that best exemplifies the First Lego League Values.

Team members are 6th and 7th graders and are coached by Mrs. Becky Smisek, and Mrs. Joan May. The team will continue to work on game missions and developing their innovation project before the Sectional Tournament in January. 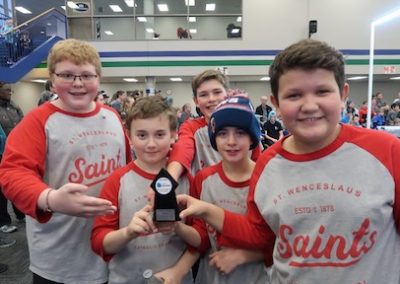 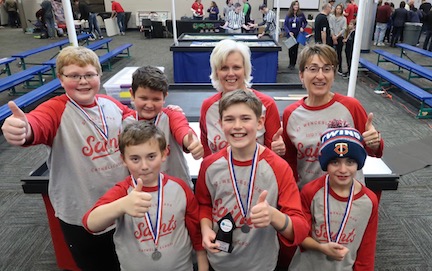 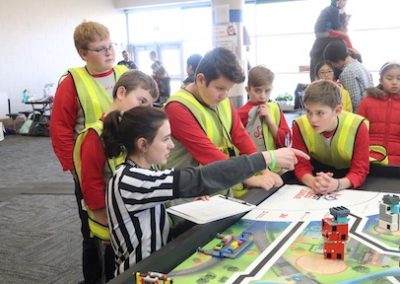 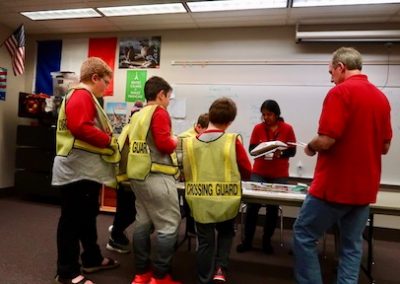 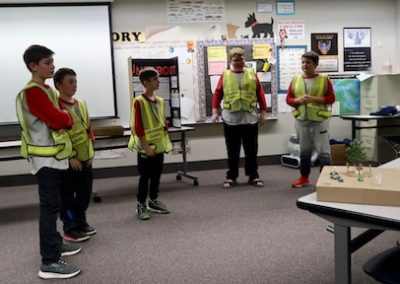 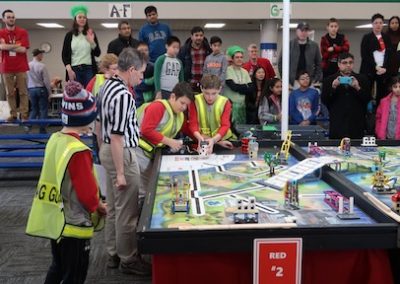